Mostly Made is a woman-owned business in Minneapolis, Minnesota. The idea began as a better way for founder Jillian McGary to bring casseroles to her sister-in-law during her treatment for breast cancer. After cooking many dinners over months, she realized that the most time-consuming part was chopping the vegetables and browning the sausage, so she started making the fillings ahead of time so dinner could be assembled and cooked in a snap. Now you can do the same with these pre-prepped dinner fillings!

Mostly Made Lasagna and Enchilada Fillings allow you to cook delicious family meals with no chopping, dicing or kitchen mess. Just add a few pantry staples like pasta, tortillas and cheese for a quick dinner solution requiring only 15 minutes of prep. They're made with quality, gluten-free ingredients, including antibiotic-free meat, humanely raised chicken and a pound of veggies in every package! Visit www.mostly-made.com for recipe ideas. 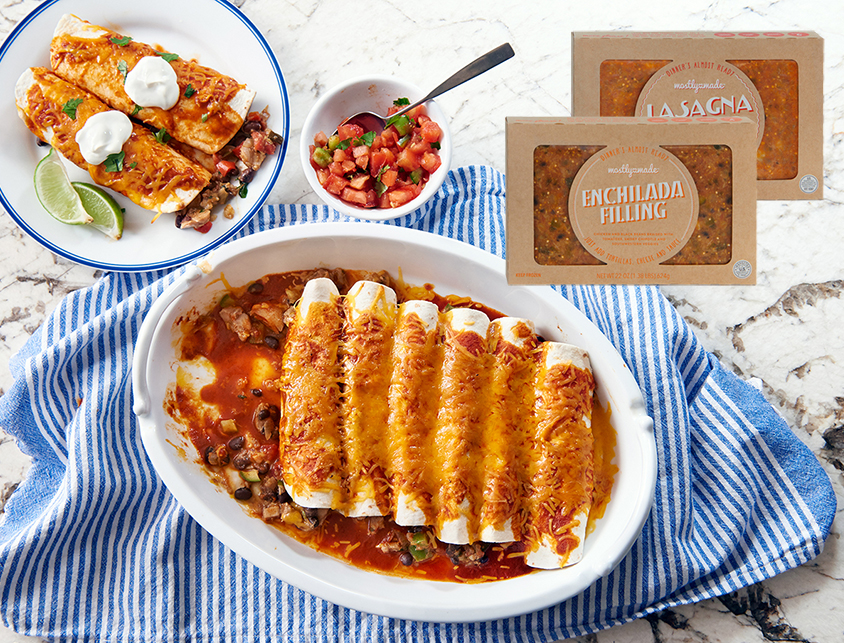 Find Mostly Made Lasagna and Enchilada Fillings in the Frozen Foods Aisle of your nearest Kowalski's location. Selection and availability may vary by market.