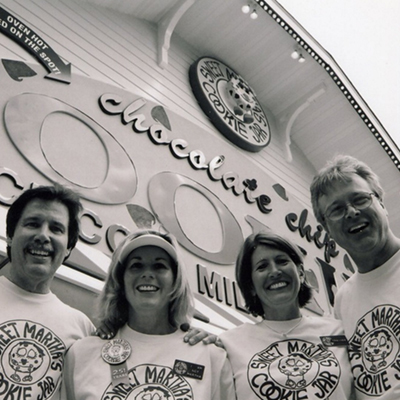 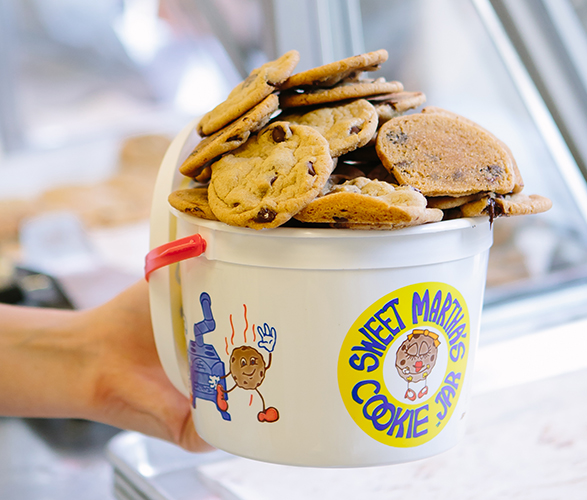 A Saint Paul native, Martha Rossini Olson (aka Sweet Martha) has been selling her oven-hot, baked-on-the-spot chocolate chip cookies for over 30 years. Along with her partners, husband Gary Olson, life-long friend Neil O'Leary and his wife Brenda, Martha created a sweet treat that has not only reached its height of success at the Minnesota State Fair, but also has spread to homes statewide through it's popular frozen cookie dough sold in grocers' freezers.

Martha, a former elementary art teacher, claims the idea of cookies was partly luck. Beginning their entrepreneurship in the late 1970s with a yogurt shop in downtown Minneapolis, Martha, Gary and Neil recognized the popularity of cookies through the sales of Famous Amos cookies. Though they had applied to the State Fair to sell frozen yogurt, they did not get in until they asked to open a chocolate chip cookie stand. That was over 30 years ago, and no one had thought of a similar idea. The first 9-by-11 foot booth has since grown to three small buildings holding over 15 large Baxter ovens to bake the thousands upon thousands of miniature cookies. Sweet Martha's Cookie Jar has built their reputation on word-of-mouth recommendation as well as appearing at other events such as the Minnesota Street Rod Show. As Martha says, "Some say our cookies taste better than Mom's!"