In the five years T-Rex Cookie has been in business, her enormous cookies have gained national recognition on NBC’s Today Show in December 2015. She has made local visits to Fox’s The Jason Show, Twin Cities Live and Kare 11, as well as WCCO, KFAN and The Current radio shows. 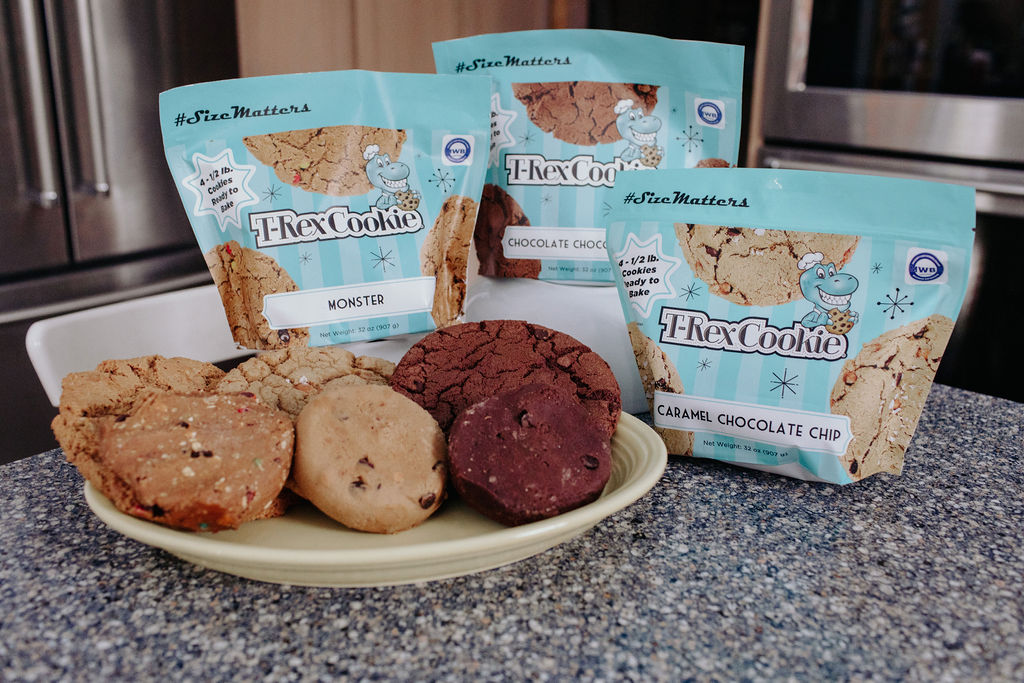 In May 2016, her half-pound Sea Salt Caramel Chocolate Chip Cookie was named #1 Cookie in the Country by Time Out magazine and the New York Post. Insider Food featured the making of the giant five-pound T-Rex Cookie with over 14 million views across the web. T-Rex Cookie Company is one of 20 inaugural local food vendors operating at the US Bank Stadium, where these enormous cookies are sold in the Club Levels and Suites – including during Super Bowl LII! T-Rex Cookies are also a staple at Orchestra Hall and have made appearances at Minnesota Wild and Timberwolves games.

In 2019, Rexing had the honor of filming an episode of Shark Tank and had the opportunity to receive feedback from Mark Cuban and Mister Wonderful himself! In March 2020, T-Rex Cookies opened a second location in Minnetonka at Ridgedale Mall. January 2021 marked the launch of T-Rex Cookie Dough in grocery stores. Each bag of frozen dough pucks makes four half-pound cookies, gooey and fresh-baked straight from your own oven!

Find them in the Frozen Foods Aisle.