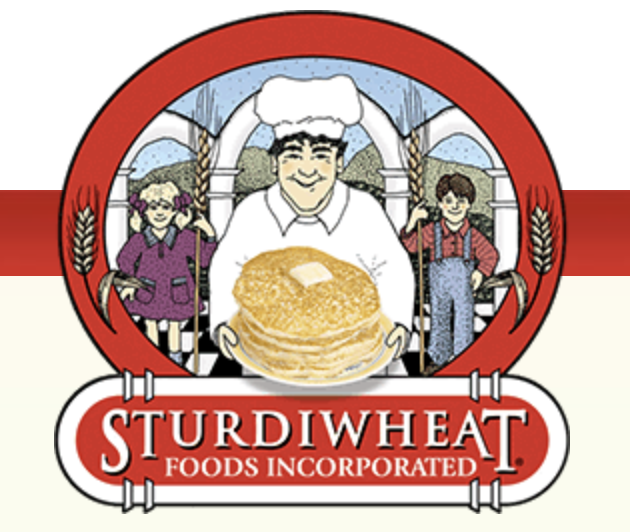 In 1939 when Arnold Kaehler was grinding wheat on a farm in Red Wing, Minnesota, the casing on his portable grinding mill broke. Some of the outer wheat layers sifted through by mistake. Mr. K. was curious and tasted the stray wheat. "A particularly fine flavor," he thought.

He began experimenting with the wheat in his kitchen at home. Before long he had a cereal, a pancake mix and a patent on a new process for grinding and screening wheat layers.

Mr. K. called his company Sturdiwheat. He prided himself on the strength-building qualities of the wheat layers and soy grits in his breakfast foods. Yet customers didn't seem to care! They bought Sturdiwheat foods because they tasted good – that fine flavor.

Sturdiwheat is still made in Red Wing. They're still using Mr. K.'s patented process, and they're still selling Sturdiwheat pancake mix and cereal because of their great taste – even though they're also good for you!

Find Sturdiwheat products in the Grocery Department of your nearest Kowalski's location.