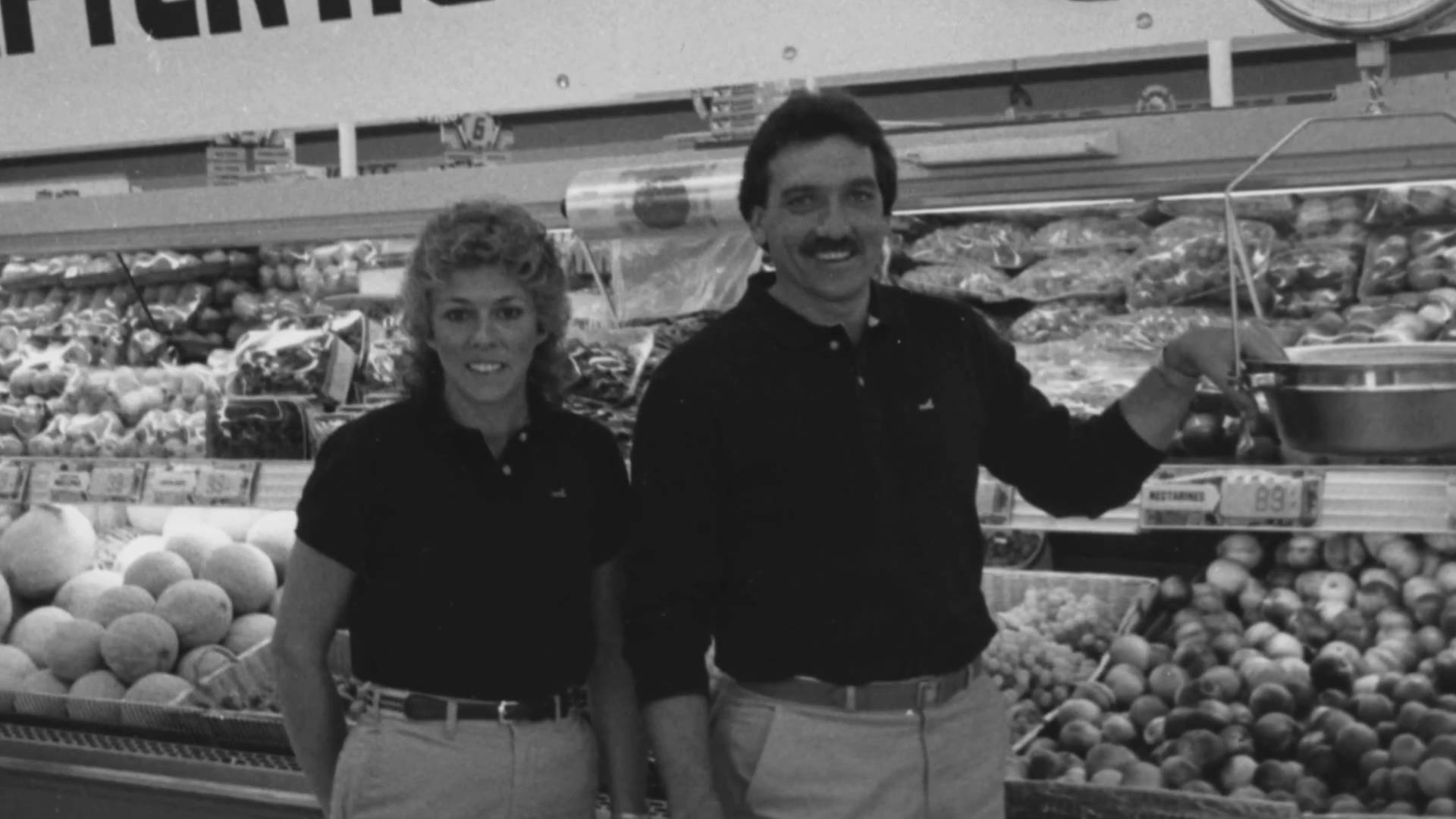 Back in 1983, Jim Kowalski was working for Red Owl and took note of their store on Grand Avenue that seemed to be underperforming. Together with his wife Mary Anne, their life savings and a loan from a friend, they decided to take a ride down the grocery aisle.

In March of 1986, they purchased another Red Owl Country Store in White Bear Lake and converted it to a Kowalski's Market. Having slugged it out with the giants of the day and with warehouse stores beginning to cast a longer shadow, Jim and Mary Anne began the long process of differentiating Kowalski's Markets from the discounters by adding value to the shopping experience.

A central bakery facility was added in 1991 that could supply their stores with fresh bakery products at a great value. In 1993, the Kowalskis built a franchised Cub Foods store in White Bear Township that would assure purchasing power throughout all their stores. But Jim and Mary Anne knew they could never differentiate themselves in the grocery aisle. In distinguishing themselves, Kowalski's was becoming the store where shoppers found the unusual or new product.

In August 2000, the Kowalskis' vision for what a grocery store could be was unveiled in Woodbury. It was the first Kowalski's Market built from the ground up. Designed to look like a European village, it featured a glass-walled bakery oven, three restaurant concepts, a department store-quality gift shop, an educational and meeting area, a full service JUUT Salonspa, and a Natural Path department offering organic and natural foods and homeopathic remedies. People waited in line to see it. Grocery industry people came from all over the world to see it. It was heralded as the next level in grocery stores and copied throughout the world.

In April 2002, Jim and Mary Anne bought a small chain in the Minneapolis area known as GJ's Supervalu, from life long friends John and Carol Vranicar. Once again, what was now becoming Kowalski's signature European market theme was executed in the remodeling of these stores. Each of the stores opened to rave reviews from excited customers. On February 23, 2004, Kowalski's Markets expanded to the Minneapolis suburbs with the acquisition of Driskill's New Market in Eden Prairie. Remodeling was completed in November of 2004. In June of 2005, the Kowalskis opened a market in Stillwater/Oak Park Heights. In November 2008, Jim and Mary Anne built from the ground up a store in Eagan, just off Highway 35E on Diffley Road. In July of 2015, Mary Anne Kowalski along with daughter Kris Kowalski-Christiansen opened their first store together in historic downtown Excelsior. The store is located a few blocks off of Lake Minnetonka on Water Street in the old Mason Motors building. On November 10th, 2016, Kowalski's opened their 11th store in the city of Shoreview. Modeled after the Excelsior store and the recently renovated Grand Ave. store. The building was an old Rainbow Foods. It now also houses our Central Facility which includes our: central bakery, commissary kitchen, meat production facility and our transportation facility. At present, there are now eleven Kowalski's Markets in the Minneapolis-St. Paul area.

Jim and Mary Anne Kowalski and Kris Kowalski-Christiansen have received the highest honors in the industry: Jim as Minnesota Grocer of the Year, Mary Anne as the National Grocers Association Woman of the Year, and both Mary Anne and Kris as Entrepreneur of the Year in the Upper Midwest. But the real accomplishments have come through building lasting relationships with customers and employees.