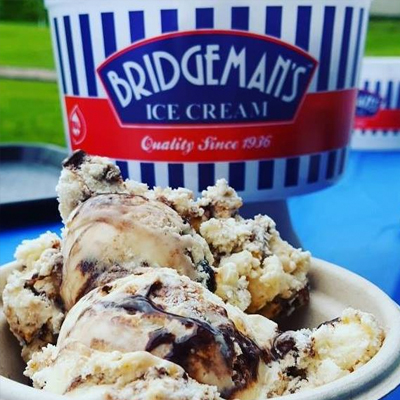 After having scooped Bridgeman's Ice Cream in their family's ice cream shop, the current owners were presented with an opportunity to purchase this nostalgic company in 2015. Coming from a family of entrepreneurs, they were excited to run with the opportunity and have since expanded the brand. You'll also find the Bridgeman's treat trailer at various festivals and fairs around the Twin Cities during the summer.

Although the Bridgeman family no longer owns the company, Bridgeman's Ice Cream is proud to remain a family owned and operated business and is honored to continue the tradition of making quality ice cream.