Your browser is out-of-date!

Please update your browser to view this website correctly. Update my browser now 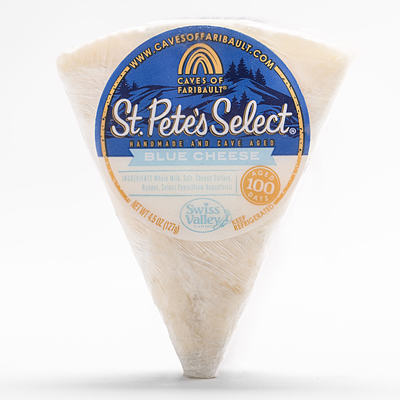 In 1854 a German immigrant named Gottfried Fleckenstein founded the Fleckentstein Brewing Co. and began using the natural sandstone caves along the Straight River for brewing and storing beer. He operated her until 1919, when Prohibition was imposed and the caves were abandoned.

In the 1930s, a cheesemaker by the name of Felix Frederiksen traveled to Minnesota in search of St. Peter Sandstone, geologically rare across the nation but abundant in Minnesota as a result of the last glacial age. Felix found the abandoned caves in Faribault and set up shop to make America's first blue cheeses. Prior to the 1930s, all of the blue cheese consumed in the United States was imported from Europe. World War II put constraints on importation, so Felix was in good business. He named his cheese "AmaBlu," taking the "ama" from Latin for "I love" and "blu" as the international spelling for "blue." Many more caves were hollowed between the 1930s and 1970s by his company, Treasure Cave, Inc.

Treasure Cave was closed down at this location in the 1990s by a company that bought the caves and then moved production to a conventional cheesemaking facility in another state.

Find Caves of Faribault cheeses in the Specialty Cheese Department of your nearest Kowalski's location.